Made for Ludum Dare 43: "Sacrifices must be made"

i dont get the ending I have beaten the game so many times.

I also wonder how the final boss looks like in the innocent point of view.

I'm confused about the ending. Does Por die or inherits the curse?

also does the title mean anything?

figured out it means she is dead in another language, is this the meaning, and if so why?

It means "you will die" (where "you" is plural) in Hebrew.

Me and my brother made this game together, and we're from Israel.

so a lot of the times we just take Hebrew words and write them in English.

We thought it sounded cool as a random word, and it's similar to "tomato",

so we thought "maybe we'll draw some weird tomato" and that's why the colorful boy has a weird purple tomato on his head.

also where can i get the links to the music? especially the final boss/ending one.

Hi, thanks for your comments!

Here's all the music from the game:

We didn't think that far!

well the main question is if the demon curse applies to the child that is supposed to be sacrificed, you could say that because he has no inner demons he would just be left to wander this world, or that killing his father has corrupted him in some way.

also these hallucinations are some pyro level *explicit content removed*

im gonna spout some ideas, dont mind them really, this is a few ideas for a sequel or expansion, which will never happen of course, ok so there could be a less cheerful version of the battle song, used in the real world maybe when the archer, (thats what im gonna call the player character for now) has already been in the real world for a while, maybe after he fights his dad, it would be as fast and hoppy but a bit more angry then upbeat, if he isn't strictly a silent type there could be camp scenes (i assume the town is a bit ruined by now) where the archer talks to himself, there could be exposition, internal struggle, or even other things i cant think of, an idea for a boss is maybe the devil (i or at least i assume thats what they made a deal with) gets tired of you and comes to take you himself, this could be the final boss, an idea for a somewhat happy ending is that after you defeat the devil(?) a breath of life is restored to the world, the grass gets some colour, not lush but far from the grey there used to be, and the curse is lifted, that these lands will become the home of someone else, free from the influence of unholy creatures, but hey thats just an idea, a game idea.

Those are really cool!

The archer name is "Por" by the way (he is the baby that was shown in the story).

I'm currently working on a full version of Toodee and Topdee, after that who knows? :P

yeah sorry i just forgot they game him a name.

ok but tell me if you ever make that battle theme remix.

is the franchise in the public domain?

i dont know why but i am dying to know more, but the big one is what happens next? does the player character become a monster too?

maybe you could have the sacrifice be knowledge instead of time, it would fit a bit better i think.

hahahahahaha when i was killing the teddy bear his hands were moving and it looked like hes dancing plus i had music on :D 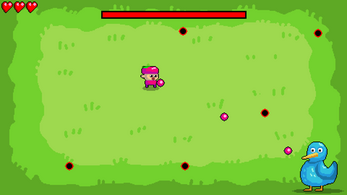 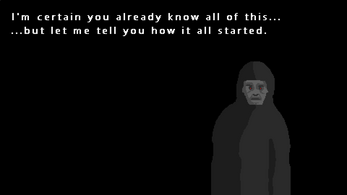 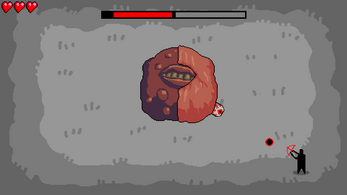 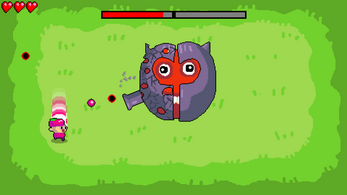